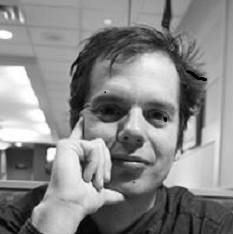 An Interview with Josh Pantallaresco

Welcome! I’d like to thank everyone for taking the time to read the first ever LitWorld written interview. Today, I’m interview Josh Pantallaresco, a podcaster, novelist, poet, and creator. Josh dabbles in a bit of everything, and he’s a heck of an entertaining guy to chat with. So without further ado, here’s the interview:

This is very general, but I want to ask you about your journey. As a writer, podcaster, and creator. How did the Josh Pantalleresco story start? How has it surprised you so far?

The whole journey is a constant surprise. I wanted to write stories for a living since I was 13 years old. Now that I’m approaching 40, I’ve truly begun to understand the journey I’m on. (I’m a slow learner, what can I say?) But I’ve been in Arizona, working for a hero of mine. I’ve been to Calgary with an amazing community. I feel like I’m in purgatory in Windsor, but it’s been a chance to relearn and retool going forward. Who knows what’s next? I’m trying anything and everything going forward that either makes me happy, gives me orgasms or pays me.

Correct me if I’m wrong here, but you’ve now published four, count ‘em, four epic poems. A bit of a rare genre to encounter these days. What inspired you to try your hand at epic poetry? Can you speak to the challenges of writing in that genre?

You are correct. Would you believe the first three were accidents? The first one for sure. I had published a collection of poems a long time ago and when I went back into writing I wanted to do it again. I had this vision of a story of a boy in a tower being surrounded by dragons. I wrote it as I saw it, and did a pretty good little story. The question in my head moved me forward.

Well, he escapes obviously, and I write that. He murders his dragon master and heads into the wilderness. I couldn’t leave it there. I then wrote his first night alone in the woods. It’s still one of my favorite pieces of writing. As I wrote chapter four and five, I knew this was my poetry collection.

So my whole plan was to release the Watcher to the public via smashwords and let it go. The first person that bought liked it and wondered what I was going to do with it. I told her what I just told you and she told me that she had just gotten a deal with Ingram and had offered to publish my book.

I’ve told that story before, but here’s a story few people do know. When I was a teenager I read a few different epic poems. Calvin Miller’s The Singer, The Song and the Finale, as well as Thomas Coleridge’s Rhyme of the Ancient Mariner and The Wasteland by TS Elliot. The Singer Trilogy in particular made me want to try it. I dug the concept of illustrations and words and poems and I enjoyed it. I never thought I’d do it then, but I guess I was ready to.

When I finished doing the trilogy for Mirror World Publishing, Colleen Anderson approached me for an anthology and requested I do an epic poetry with Lewis Carroll. Carroll lends itself to that style and I came up via an encounter with an amazing woman at the bar that inspired Medusa being inserted in the story. From there the idea of a Greek mythology mashup with Alice took hold.

Unlike the Watcher, it starts as epic poetry but will not stay there. Wonderland is a mixture of poetry and prose mashed together in creative ways. I intend when I write Alice Won (?) to make that shift, and it will make sense to the story. So this won’t be the same as the Watcher, but it’s own project and own identity. But I’ve done my fair share of reading in this style.

The challenge with it is the description. You want to create almost a dream like effect with this style. Stories make readers hallucinate at the best of times, but this style is almost a waking dream. It’s surreal but not quite. That balance is tricky.

You’ve recently turned your long running podcast into a talk show. What was the thinking behind the transition and what have you learned so far? Also, for those of us who follow the show—is there anything we should look forward to in 2021? Aside from my appearance, of course 😉

I’ve always envisioned me heading this way. When I really started to do interviews I imagined myself in a lounge kind of like you saw in the Late Show with Tom Snyder talking to interesting people about well, anything. People are fascinated by listening to amazing people tell stories. It’s what we do and I like to think I’m better at it than anyone else, or at the very least, one of the best.

Looking forward? More drink and draws. Some comic book greats. The streaming and video game community will make more of an impact on my show in the future. It’s an industry I believe writers and freelancers can truly learn from. Streaming is the practice of excellence, and I want to highlight that more.

And man, you should see the requests I’ve asked for. I swing for the fences. I’ve interviewed Hank Phillippa Ryan, Natasha Relph, Bill Maus so far. Next week it’s James Alan Gardner for the first time ever. Looking forward to that. K. Lynn Smith is drawing with me in two weeks. Rich Perotta is coming back this week. I hope to have my full March Schedule finished this week.

You published your first novel in 2020, The Cloud Diver. First of all, congratulations! Tremendous achievement to publish your first novel. Now, the novel is set almost in a real-world-like version of cyberspace, which is a setting we’re seeing more and more of as online life becomes increasingly prevalent and artists and futurists imagine what the future might look like. What inspired you to dabble in this genre and what do you see as the future of online life?

I love video games. The Cloud Diver is my homage to it. But honestly, this particular novel came to me because I am fascinated by the digital archaeology we are leaving behind. Everything is there for people to see and for the first time our stories are complete. All of it. We can guess about Tutankhamen. We won’t be able to guess ourselves. Interpretation and context is going to play a major role in the series going forward. We talk about stories of family and how our choices lead to the world today.

That’s this world. I get to homage my favorite video games like Ready Player One, but I also look at the consequences that this digital landscape we create go forward in the future. And um…have unicorns that fart out advertisements. And stuff.

As for how I see cyberspace going. It’s fascinating to me how we have in a very real way created our own Tower of Babel. We are all right now connected to a giant lightbulb. If the lights turned off tomorrow, so would every connection as we know it. It’s probably the most serious consequence to the world today. Instead of language it is a world wide web that links the world. I’m curious how people will explore that going forward.

Finally, I just want to give you a chance to pump your own tires. If readers want to learn more about Josh Pantalleresco, where can they find you?

You can find me in a myriad of places. First off my webpage https://jpantalleresco.wordpress.com, in which you can learn about who I am and why I do all the crazy things I do and where you can buy my books, and my services. My podcast is available here: https://jpantalleresco.podomatic.com and any other podcast platform. I have five hundred plus episodes that are both audio and video.

You can follow me on twitch in which I stream my interviews live at https://www.twitch.tv/justjoshingpodcast . Follow me as I’m nearly an affiliate. My name stands out. Find me, say hello, come on my show.

Finally, you can me on Patreon: https://www.patreon.com/justjoshingpodcast

Great stuff! Thanks so much for doing this Josh! – CD

We are passionate about reading and about those who create the books that we so much enjoy.